Dirty Rock & Roll Dance Party presents a Power Pop Showcase and Book Release Party featuring a special reunion performance by Kenward Cooper and his original band members Abraham Millett, Aaron Archer, Jacob Chidester, and Trevor Mayfield. Kenward’s memoirs in his upcoming book, Rock N Roll Will Only Break Your Heart to be released September 28th. Buy your own copy of the book at the show!

TREVOR AND THE JONESES
https://www.trevorandthejoneses.com/

***BAND BIOS***
KENWARD COOPER
Who is Soft Open, you may ask yourself. This is not my beautiful house, this is not my beautiful wife. How did I get here? Flashback, warm nights, almost left behind in Las Vegas when Kenward Cooper was a kid in the city getting his American Kix off with weekly trips to the record shop, buying up every LP and magazine in sight, until he started his own zine called Rockstar and covered the LA scene and beyond. Mark Slaughter was his guitar teacher, long before the rocker was Up All Night, sleeping all day.

Kenward started a band in high school with Ashley Hamilton (son of actor George Hamilton). They had development deals with labels at 16 years old. One company flew them to NYC for a couple weeks of recording. They put them up at the Chelsea Hotel, in the room Nancy died. Kenward saw a ghost for the first time.

In the late 90ʼs Kenward Cooper had a band with then wife, in Vegas. Her being French, they promoted themselves as a modern day Bonnie & Clyde, ala Serge Gainsbourg & Brigitte Bardot. Kenward later found out he shares the same birthday as Bardot. Many years later the boy/girl image they presented as This Episode had now been adopted by White Stripes, and countless bands after would follow suit.

The wife would run off with a pre-Killers band member. Kenward would move to NYC. It was there he met one of the Good Charlotte brothers. Emails exchanged, songs sent. One of which would end up being transformed into a Hillary Duff hit.
A different kind of ghost.

When somethingʼs going wrong, you must whip it. Go forward, move ahead.
Soft Open is Kenwardʼs latest offering. Open up and say ahh. The single “My Favorite Records” released January 2019 is produced by Rick Parker (Lord Huron, Black Rebel Motorcycle Club). Also known for his band in the 80ʼs called Lions & Ghosts, whom released two records on EMI.
Guest starring on the track is Michael Lockwood, also from Lions & Ghosts, and former musical director for Lisa Marie Presley, Aimee Mann, and Fiona Apple.

Watch the video and youʼll see all Kenwardʼs favorite records. Take your pick, George Michaelʼs “Faith,” Japanʼs “Gentlemen Take Polaroids,” Cheap Trickʼs debut self-title. None of these belong in the same sentence or collection. They do if your moniker is Soft Open, and the single is called “My Favorite Records.” Itʼs only music, and music is a mood. This single celebrates influences and inspirations.

Dreaming is free. Do you like good music, do you like to dance? Live baby live, now that the day is over. Iʼm gonna play my favorite records.
*****
TREVOR AND THE JONESES are an indie psychedelic folk punk alternative garage hard rock and roll headphone-music band that coagulated in Las Vegas, NV in early 2012 when Chris and Trevor were introduced at The Blind Tiger in Las Vegas by the spirit animal of the band, Chuck D. Trevor had just returned from a year of writing/demoing songs in Newport Beach, CA and Chris had just moved from San Diego. They began playing acoustic shows with Chris on a cajon, recording, and plotting the formation of a whole band.

That would happen on Feb. 2nd 2012 with the addition of Joe Lawless, multi-instrumentalist formerly of The Shorewoods and 2-Point Suspicion who met Trevor at a shared gig at the local sex museum. The band played their first show at The Cheyenne Saloon after only an hours worth of rehearsal. Recording of the songs Trevor made up in Newport, what would become debut album There Was Lightning, commenced July 2012 at Vegas’ Chrome Werewolf Studio with engineer/producer Brian Garth of the band Black Camaro.

Lightning was released 12/22/12 to rave reviews from local publications such as Las Vegas Weekly, Seven Magazine, and The Citylife(rip), as well as other alternative weeklies, magazines and blogs. “Grooving at The Speed of Light” would be the bands first time hearing one of their songs on the radio when goodman Donald Hickey gave it a spin on the Neon Reverb radio show on 91.5fm in Las Vegas, which began the band getting played on independent, college, and commercial radio(9 out of 10 songs wound up getting played across various stations). The next couple of years would give way to a There Was Lightning vinyl release(on a label that also features Rock and Roll Hall of fame members The Zombies), TV appearances, and loads and loads of shows.

Take You to Stay, the bands second album (recorded mostly at Joes studio), built on the guitar-driven sound of the first with a plethora of new noises and more catchy yet out of left-of-the-dial-field rock and roll. Notably, the first music to feature new bassist the legendary John Fallon of The Steppes who joined in the midst of recording the album.
2020 saw the releases (and worldwide airplay) of the single “Anywhile” and the EP “Get it!” whose title track garnered the band its first Sirius XM airplay by radio legend Bill Kelly. Trevor debuted some new songs for the “Life is Shit Festival” online edition.
Full album number 3 is en route and nearing touchdown with surprises in store.
*****
AARON ARCHER is a Las Vegas-based singer/songwriter, multi-instrumentalist, session musician and producer.
His solo releases are typically recorded entirely by him, ala McCartney, Grohl, and Elliott Smith.
The Fremont Singles Club is a project geared towards collaboration with Las Vegas musicians. 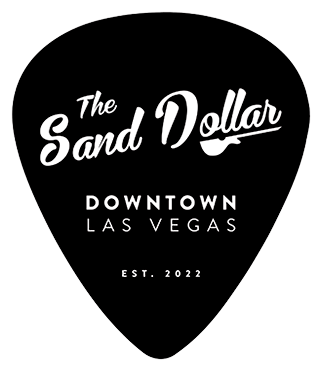